In July 2014, everything changed for Three Ireland. They had purchased O2 Ireland in a deal worth €780m, growing their market share from 9% to 34% by acquiring approximately 1.5m active customers. The takeover was a huge investment, repositioning Three to rival the market leader, Vodafone. But for it to be commercially successful, we had to keep the numbers up on both the Three and O2 customer bases until March 2015, when the O2 brand would cease to exist and its customers would migrate to Three.

Although other marketing plans were underway to specifically ensure retention of the combined Three and O2 customer bases until brand migration, any activity undertaken by Three before March 2015 had to have one eye on the future. In the run-up to Christmas 2014, O2 had been experiencing negative net porting1, meaning they were losing more customers than they were gaining. With the most important sales period of 2014 – Christmas – approaching, Three’s campaign would have to work even harder than usual to deliver positive net porting (acquiring new customers) to continue to grow the Three business and offset any loss on the O2 base.

We also had to address a brand issue that could contribute to the O2 loss. O2 customers felt they didn’t know Three and didn’t trust them, with 47% of the O2 base expressing worry about what the takeover meant for them (see chart opposite). They had been attracted to O2’s ‘big’ brand presence, seeing Three as smaller fare and questioning their ability to understand them and meet their needs. Christmas was an opportunity to emotionally connect with them, and reassure them that Three was a brand they could trust and depend on – an opportunity to encourage them to stay put until March 2015 and beyond.

This is the story of how Three ‘won’ Christmas in 2014, both commercially and emotionally, with a brand response campaign. 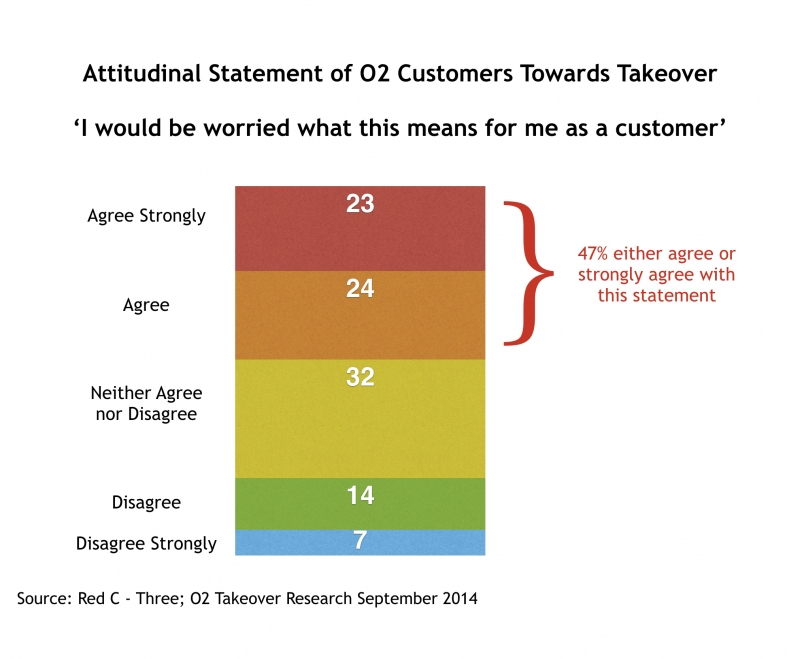