Unlike some other media TAM, on behalf of the TV industry, measures both duration of viewing and reach and has a number of metrics associated with these. 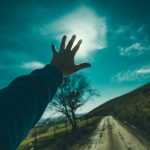 Reach is the net number in 000’s or the percentage of people who have seen a specified amount of a piece of content; for example a programme, channel or advertising campaign. The standard TAM definition is for this to be at least one consecutive minute (although our analysis software also allows users to analyse 3+, 5+ or whatever reach measure the user wishes to use).
Reach provides an indication of the number of people that watched at least one minute of a show – but they may have switched off after the first few minutes, or they may have just caught a minute or two at the end of a programme whilst waiting for another show to begin. So, whilst reach is important it is also important to have metrics that allow for how much of a programme has been viewed. The metric used to report this is average audience. 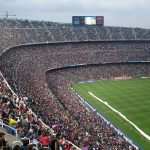 The average audience is calculated based on the average number of viewers that were tuned in across the duration of the show. For example, if a show is 30 minutes long and has 10,000 viewers tuning in for an average of 15 minutes the average audience would be 5,000. Average audience represents the total amount of time viewed, which is a more reliable indicator of popularity; after all, if you enjoy a show you are likely to watch more of it.
It is to be expected that average audience figures will be considerably different to reach figures for certain programmes or channels. For instance, viewers may tune into the news just to catch the headlines. But if they are watching a highly engaging piece of drama they are more likely to stay for the duration of the show.
Average audiences are also used to calculate another key metric, the TVR or TV rating . 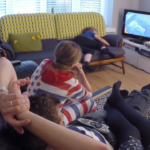 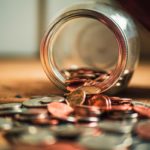 The key metric for advertising is Commercial Impacts which are simply the audience in 000s viewing the minute that the commercial starts in. These can either be reported unweighted or weighted by duration of the spot (where a 20 second spot has a weight of 2/3rds versus a 30 second spot) or weighted by the ratecard value of each spot relative to a 30” spot). Commercial impacts are reported in 000’s and commercial audiences are also reported as TVRs (by simply expressing them as a proportion of the population).

Television is widely acknowledged to be one of the most effective media for communicating to a mass audience and so reach is a key advertising measure. However, alongside this the frequency of seeing an ad is also a key metric as some campaigns require high frequency to ensure a new message cuts through and some more established brands require lower frequency to act as an ongoing reminder to consumers.
So the key metrics for ad campaigns are commercial impacts, TVRs, reach and frequency. Unlike some other media types TV is able to report all of these metrics based on the actual audience (viewing at normal speed) to each specific ad campaign making it a very accountable media choice. 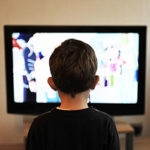 Time-shift viewing refers to viewing that has been recorded on a PVR (Personal Video Recorder) and played back at a later date. It also includes viewing to catch up VOD services. TAM has reported time-shifted TV set viewing ever since PVRs became widely used. The consolidated ratings that are the currency that TAM report include time-shift viewing up to 7 days after the date of the live transmission of the programme. TAM also has the capability to capture viewing 28 days after the live transmission but this is not included in the reported data as the agreed currency is 7 day viewing.
There are two ways in which we capture time-shift viewing:

However, it is not possible in these homes to distinguish whether the viewing is to recorded content or catch up VOD. A new TAM development, the Streaming meter, is currently being rolled out which may help to identify VOD activity more clearly.
Time-shift viewing accounted for approximately 16% of total consolidated viewing in March 2020 and this figure is fairly stable year on year. Levels vary by demographic with older audiences less likely to exhibit time-shifting behaviour and younger audiences showing higher levels. For example, in March 2020 time-shifting by children levels reached 24% whilst live viewing accounted for 76% of the reported viewing data. Levels also vary considerably by type of programme watched. For example, sport and news have low levels of time-shifting but drama and comedy have high levels.

In terms of advertising it is important to note that only ads seen at normal speed in time-shift are included in the commercial currency data. TAM measures and reports data viewing minute by minute and if the minute an ad is in is fast forwarded that is not included in the data and therefore not counted in the reported campaign impacts.

Marketing During a Crisis